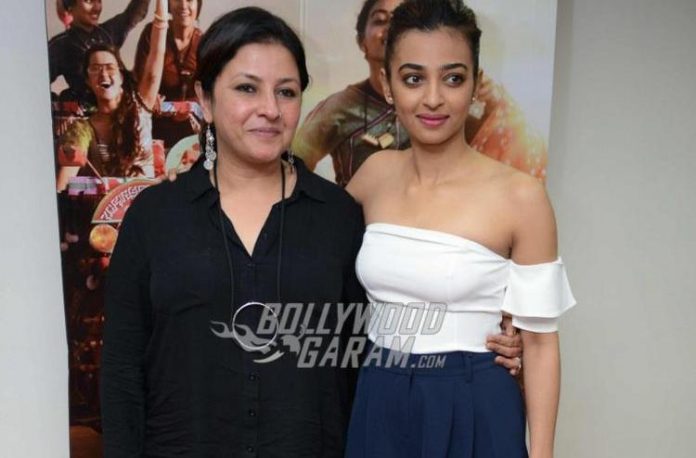 Actors Radhika Apte and Surveen Chawla hosted a press conference for their movie ‘Parched’ in New Delhi on September 21, 2016. Apte looked pretty in a white and navy blue off shoulder outfit while Surveen looked trendy in a khaki outfit.

The movie ‘Parched’ hit the theatres on September 12, 2016 and is a women-centric flick that deals with various issues related to women. The plot has three ordinary women from rural areas from the state of Rajasthan, India where the women are still considered as the weaker gender.

The movie has so far received mixed reviews from the audience.