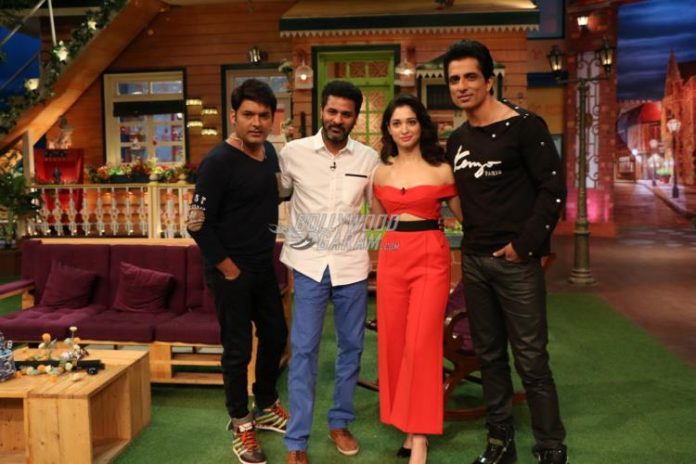 Actors Tamannaah Bhatia, Prabhu Deva and Sonu Sood promoted their upcoming movie ‘Tutak Tutak Tutiya’ on the sets of ‘The Kapil Sharma Show’ in Mumbai on September 22, 2016. Tamannaah looked great in a red outfit while Prabhu had a great time interacting with the host Kapil Sharma and other characters on the show.

The movie ‘Tutak Tutak Tutiya’ is directed by A.L. Vijay and will hit the theatres in three languages Tamil Telugu and Hindi on October 7, 2016.