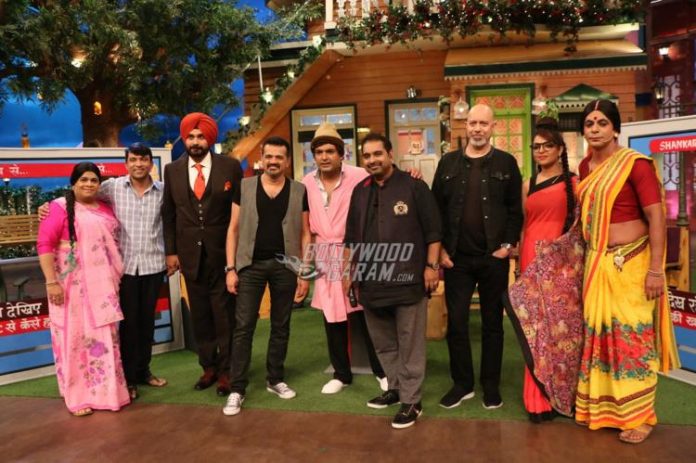 Indian music composing trio Shankar Ehsaan and Loy appeared as guests on The Kapil Sharma Show in Mumbai on October 5, 2016. Singer Shankar Mahadevan made a grand entry as he crooned the title track of the movie ‘Mirzya’. The trio performed some of the hit songs from their career in Bollywood and left the audience mesmerized. Even former cricketer Navjyot Singh Sidhu could not stop himself from dancing.

Shankar on the show talked about the recently released movie ‘Mirzya’.