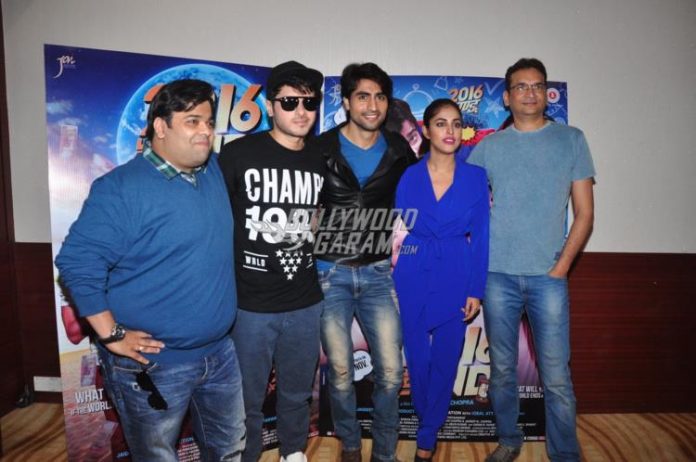 Actors Kiku Sharda, Rahul Roy, Divyendu Sharma, Harshad Chopra and Priya Banerjee launched the trailer of their upcoming movie ‘2016 The End’ at an event in Mumbai on October 7, 2016. The movie is a comedy drama and is about some friends who realize that the world is about to end in seven days.

The launch event also saw the presence of actress Mahima Chaudhary. Director Jaideep Chopra in a statement said that it is a young and vibrant movie and is about what you will do if you know you had only seven days to live.