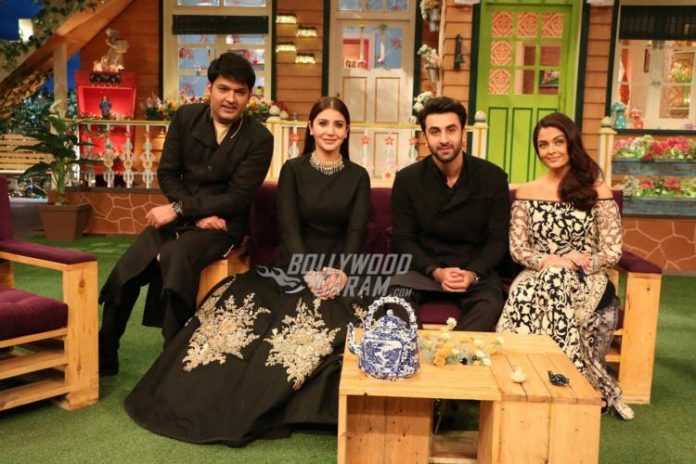 Bollywood divas Aishwarya Rai and Anushka Sharma along with heartthrob Ranbir Kapoor promoted their upcoming movie ‘Ae Dil Hai Mushkil’ on the sets of ‘The Kapil Sharma Show’ in Mumbai on October 20, 2016. Aishwarya looked elegant in a netted outfit while Anushka entered later in the show looking gorgeous in a black outfit.

The actors had some memorable moments with the characters and also shook a leg with a few audience members on some of Aishwarya’s blockbuster track ‘Kajraare’.

The movie is directed and produced y Karan Johar and is all set to be released in theatres on October 28, 2016.