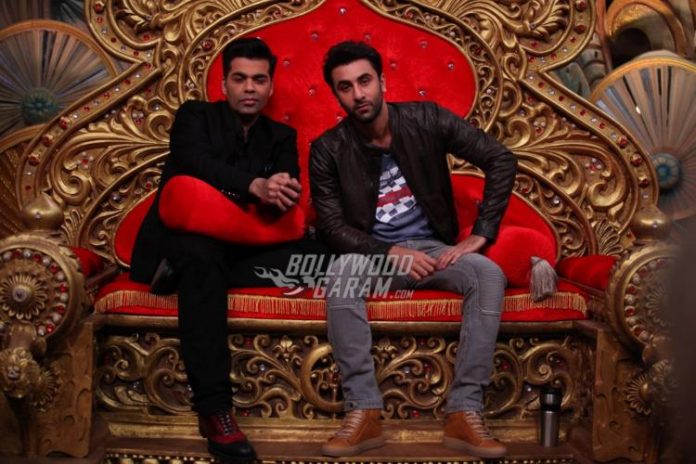 Filmmaker Karan Johar along with actor Ranbir Kapoor landed on the sets of ‘Comedy Nights Bachao’ to promote their upcoming movie ‘Ae Dil Hai Mushkil’ in Mumbai on October 19, 2016. Karan and Ranbir were seen entering the stage as they danced to the beats of ‘The Break up Song’ from the upcoming movie.

The movie also features Aishwarya Rai and Anushka Sharma and is all set to hit the silver screens on October 28, 2016.

‘Ae Dil Hai Mushkil’ is directed by Karan and also features Shahrukh Khan in a cameo role and Deepti Naval.