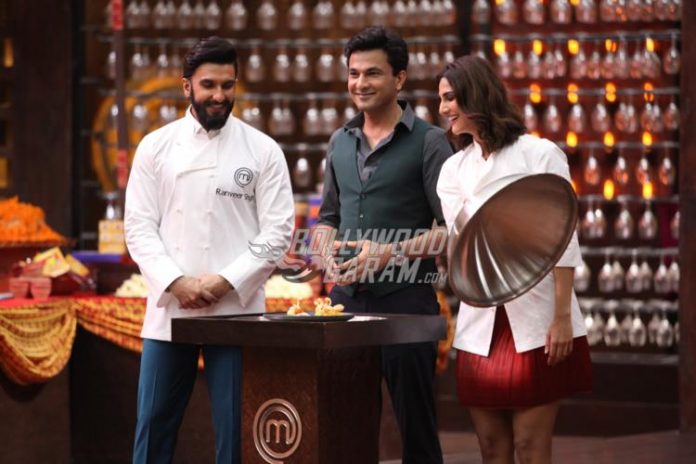 Bollywood actors Ranveer Singh and Vaani Kapoor promoted their upcoming movie ‘Befikre’ on the sets of the show ‘MasterChef India’ season 5 in Mumbai on October 21, 2016. The actors sported white chef coats and interacted with the contestants and the judges of the show.

The movie ‘Befikre’ is an Indian romantic drama flick all set to hit the theatres on December 9, 2016. ‘Befikre’ is directed and produced by Aditya Chopra and the music for the movie has been composed by Vishal-Shekhar.