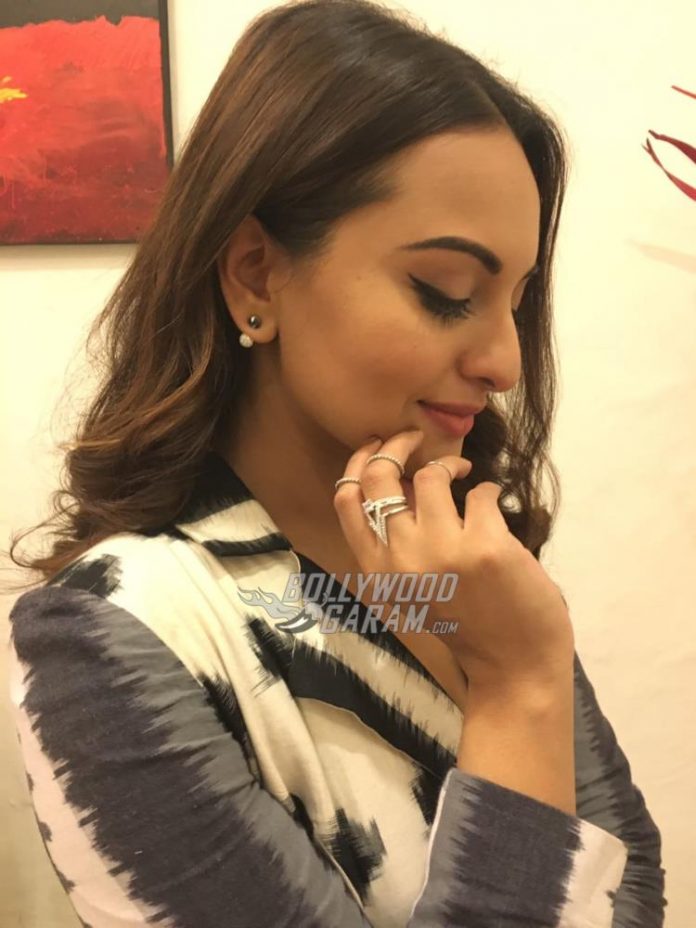 Bollywood actress Sonakshi Sinha, promoted her upcoming movie ‘Force 2’ in Mumbai on October 21, 2016. Sinha will be seen playing the role of a RAW agent in the movie which also stars John Abraham.

The actress was seen in an Ashish Soni outfit and is the latest celebrity to join the bandwagon of actors who ventured in film productions.
Sonakshi was also seen in the women-centric film ‘Akira’.