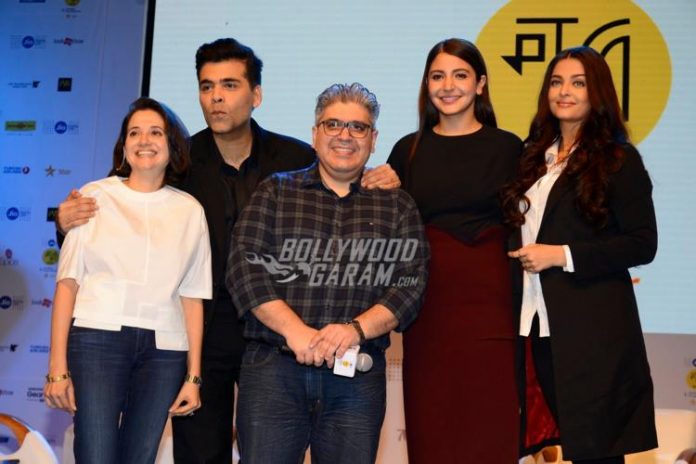 Bollywood actors Aishwarya Rai, Anushka Sharma and Karan Johar were at the Jio MAMI festival in Mumbai on October 22, 2016. The trio promoted their upcoming movie ‘Ae Dil Hai Mushkil’ at the event and had an interaction session with the media.

The movie is directed by Karan Johar and produced by Dharma Productions and Fox Star Studios and is all set to release on October 28, 2016. Aishwarya for the promotional event looked elite in black pants, white shirt and a long cape coat while Anushka looked pretty in a black and maroon outfit.

Karan as usual looked dapper in a black suit. The event also saw the presence of Aamir Khan with his on-screen and real life daughters.