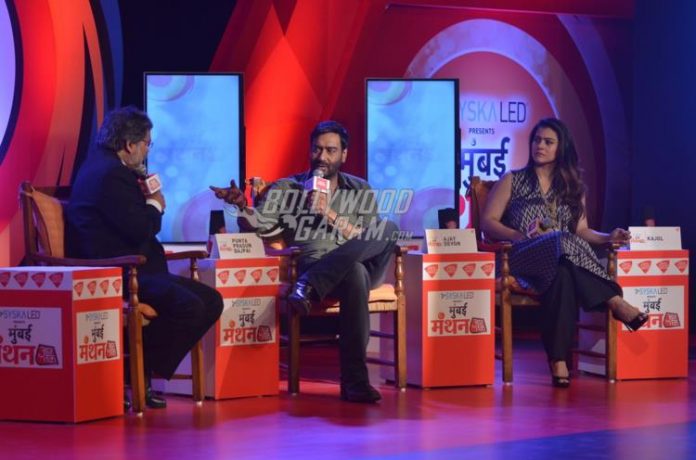 Bollywood couple Ajay Devgn and Kajol attended an interactive session ‘Manthan’ on a news channel in Mumbai on October 22, 2016. Kajol was seen in a black Indian outfit while Ajay appeared in a casual shirt and trousers.

Ajay has directed and produced the upcoming movie ‘Shivaay’ which also has Sayyesha Saigal and Erika Kaar. The actor at the interactive session shared that he has not taken a single penny for the direction and that it is made at a very modest budget.

Ajay requested not to put any pressure on the distributors and producers. The movie is all set to hit the theatres on October 28, 2016.