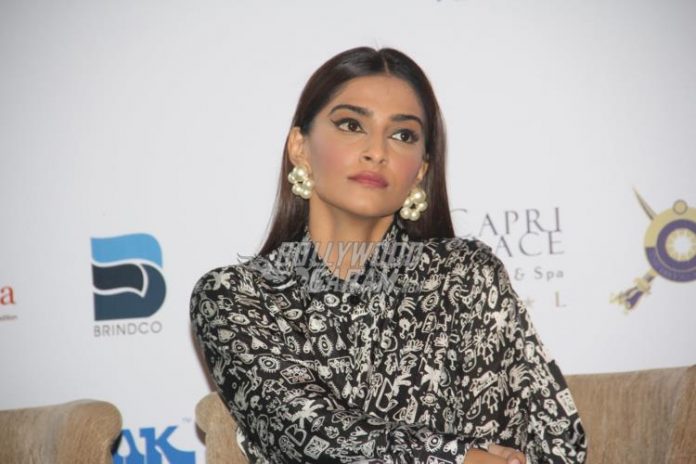 Indian actress Sonam Kapoor has been roped in as the goodwill ambassador of Fight Hunger Foundation, an NGO that is leading a drive against malnutrition in India. The actress attended a press event which also had the chairman of the foundation Ashwini Kakkar.

Sonam along with singer Sonu Nigam will be hosting a charity dinner to raise funds for the cause.

The NGO has also roped in the top chefs like Kunal Vijaykar to create and spread awareness about the malnutrition crisis in the country.