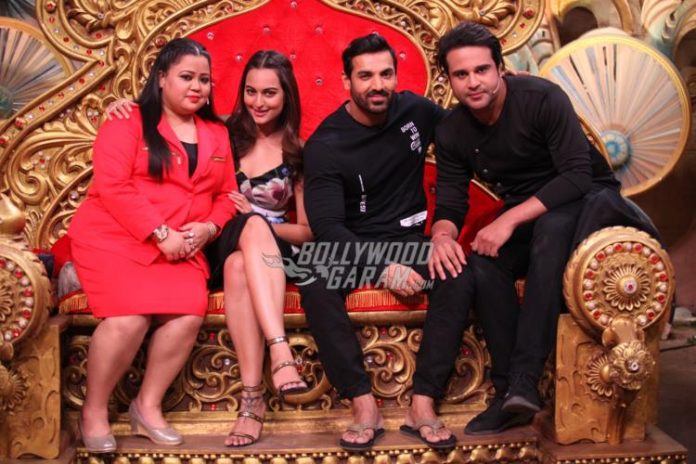 Actors Sonakshi Sinha and John Abraham promoted their upcoming movie ‘Force 2’ on the sets of the TV show ‘Comedy Nights Bachao Taza’ in Mumbai on November 8, 2016. John looked dapper in a black outfit while Sonakshi looked pretty in a printed outfit.

As per the format of the show, the makers of the show grilled the actors, but that did not go down well with John when actor Krushna Abhishek made fun of his earlier movie ‘Paap’.

The movie ‘Force 2’ is the sequel to the 2011 movie ‘Force’ and features John Abraham and Sonakshi in lead roles.