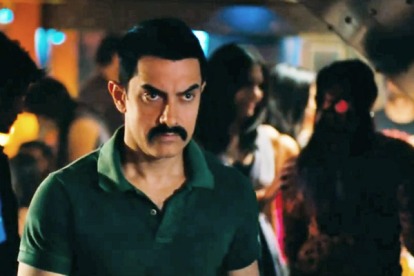 Bollywood actors Aamir Khan and Shahrukh Khan in recent days have been in the news for the movie ‘Talaash’. Reports revealed that the movie was first offered to Shahrukh , but the ‘My name Is Khan’ actor was not satisfied with the suspense thriller.

On the other hand Aamir was completely clueless that the movie was also offered to Shahrukh. The ‘Taare Zameen Par’ actor said that even for his other films he does not know to they were offered earlier. Khan jokingly added that next time he will make sure he would include this question also. When asked about the news to Reema Kagti, she dismissed the news and calls it a non-issue.