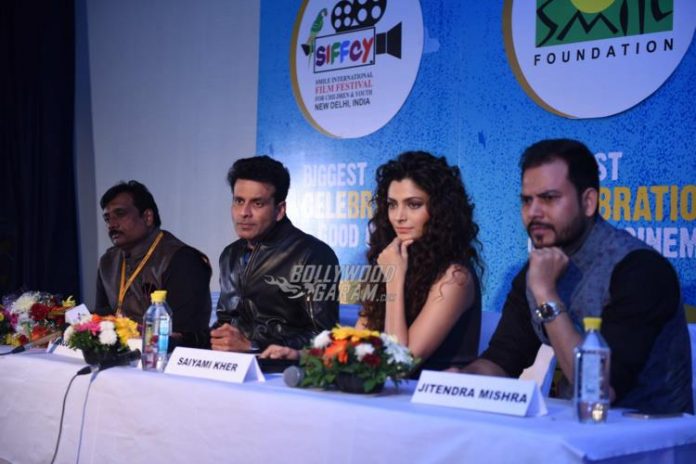 Actors Manoj Bajpayee and Saiyami Kher inaugurated the second edition of the Smile International Film Festival for Children and Youth in New Delhi on December 5, 2016. The opening movie of the festival was ‘Heidi’ which is a Swiss family film directed by Alain Gsponer and is based on the novel with the same name by Johanna Spyri.

The festival will run till December 11, 2016 and will also feature movies like ‘Dhanak’ by Nagesh Kukunoor, ‘Budhia Singh – Born to Run’ by Soumendra Pathi and more. Manoj at the inaugural event expressed that he was honoured to be a part of the unique initiative.

Saiyami too said that cinema has been a very influential part of her life during her growing up years.