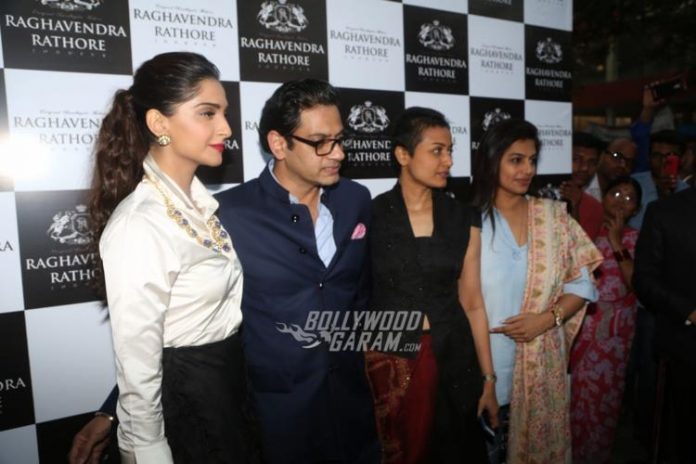 Indian actress Sonam Kapoor was at Hyderabad to launch designer Raghavendra Rathore’s store on December 8, 2016. The actress looked chic in a white satin shirt and a black skirt.

Sonam was last seen in the movie ‘Neerja’.