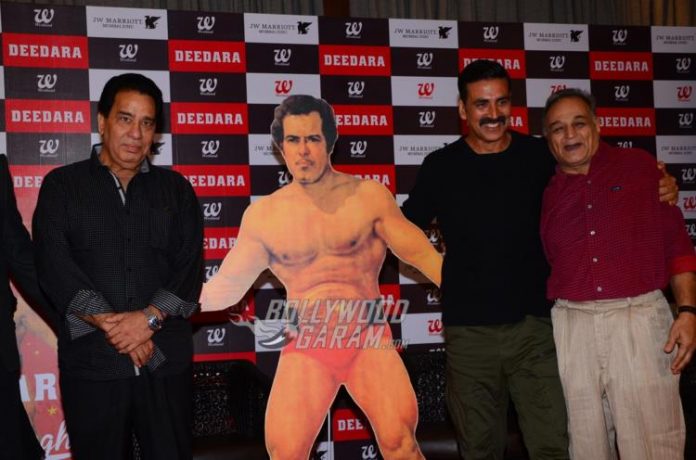 Actor Akshay Kumar launched the biography of renowned wrestler and actor Dara Singh in Mumbai on December 10, 2016. The book ‘Deedara aka Dara Singh’ was launched on the 88th birthday of the late wrestler and is penned down by Seema Sonik Alimchand.

The event also saw Dara Singh’s son Vindu Dara Singh, who invited Akshay for the launch of the book. Akshay has worked in some of the films with Vindu including ‘Housefu’, ‘Joker’ and ‘Kambakkht Ishq’. The author Alim chand has also earlier penned down the biography of south superstar Rajinikanth.

The late actor had become the first sportsperson to be nominated to the Rajya Sabha.