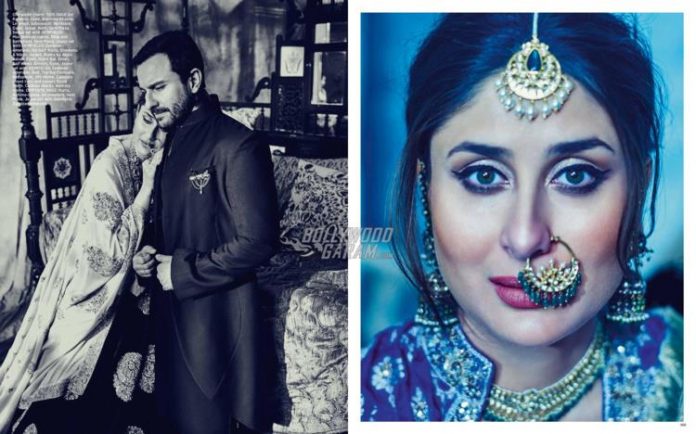 The moment that everyone was waiting for has arrived. Bollywood diva Kareena Kapoor, who remained active throughout her pregnancy, gave birth to a baby boy at the Breach Candy Hospital in Mumbai on December 20, 2016. The new was confirmed by the proud father Saif Ali Khan.

The couple has also finalized the name of their new bundle of joy. Saif released a statement which said,

“We are very pleased to share with you all the wonderful news about the birth of our son : Taimur Ali Khan Pataudi, on the 20th of December 2016.”

“We are very happy. The baby is fine and so is Kareena. All of us are absolutely delighted.”

Reports say that the entire Khan and Kapoor families were with Kareena before she was being taken for delivery. There were also rumours earlier that Saif and Kareena were planning to name their child ‘Saifeena’ which was later denied by Saif in an official statement.

This is Kareena and Saif’s first child together. The ‘Kal Ho Na Ho’ actor has two children Sara and Ibrahim from his earlier marriage with Amrita Singh. Saif and Kareena got married in a private ceremony in Mumbai on October 16, 2012.

Kareena was appreciated by the media, family and friends for being active and an inspiration throughout her pregnancy. The actress also made sure that she fulfilled her work commitments. From walking the ramp, to photoshoots and attending events, Kareena did not shy away from any kind of work that came her way.

Reports also say that the actress will be on a maternity break for a month after which she will be back to work.