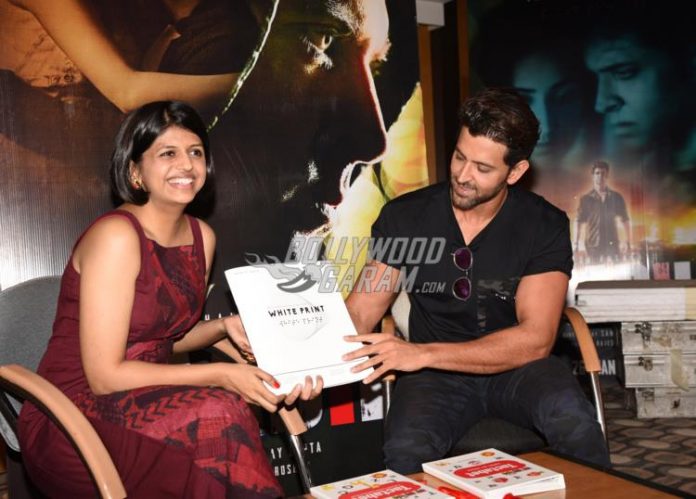 Bollywood hunk Hrithik Roshan, released a unique Braille-Tactile children’s book series Tactabet at an event in Mumbai on December 20, 2016. The alphabets books are available in Hindi as well as English and are created to integrated and fun learning for the visually impaired children and children with low vision.

Incidentally, Hrithik is playing the role of a blind man in his upcoming movie ‘Kaabil’ which also stars Yami Gautam. Hrithik and Yami play a visually impaired couple in the flick helmed by Sanjay Gupta. The trailer of the movie is out and received a lot of appreciation from critics and audience.
The movie is all set to hit the theatres on January 26, 2016.