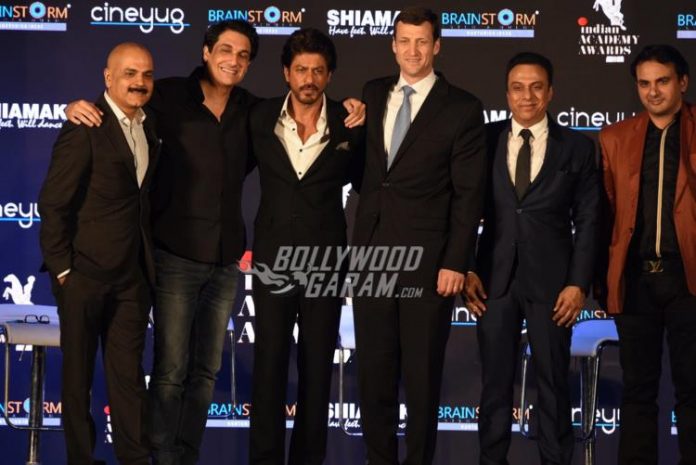 The First Indian Academy Awards will be Held in 2017

Take a look at some of the photos from the event –

King Khan was happy and felt honored to be associated with the Indian Academy Awards. A first of it’s kind in India, the superstar is looking forward the awards ceremony next year.

The first ever Indian Academy Awards are set to take place in California, amidst a weekend of celebrations and glamour.

The event was attended by several national and international dignitaries including ace choreographer Shiamak Davar. All the performances at the event will be personally choreographed by him.

“I AM HAPPY TO ASSOCIATE WITH THE FIRST OF ITS KIND INDIAN ACADEMY AWARDS, WHICH IS AN AMALGAMATION OF EVERYTHING A CINEMA-LOVER COULD HOPE FOR. THIS ACADEMY INVITES EVERYONE TO BE A PART OF A MOVEMENT THAT WILL REDEFINE THE ENTERTAINMENT WORLD.”

Bollywood Garam is eagerly looking forward to the nomination announcements of the First Indian Academy Awards 2017.