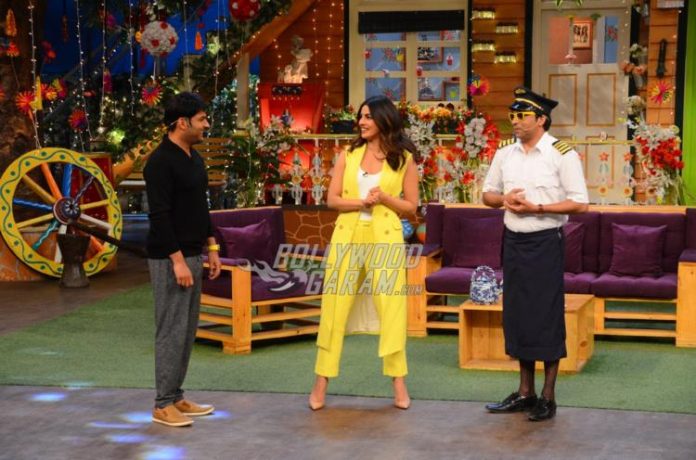 Actress turned international singer Priyanka Chopra appeared on the sets of The Kapil Sharma Show in Mumbai on December 21, 2016. The actress was on the show to promote her upcoming Punjabi production ‘Sarvann’.

After giving outstanding performances in Bollywood, Priyanka has took off to Hollywood and is doing shows like ‘Quantico’ and ‘Baywatch’. The actress is now back to India and is making the most of her stay.

The upcoming Punjabi movie stars Amrinder Gill, Simi Chahal and Ranjit Bawa and is all set to hit the theatres on January 13, 2016.