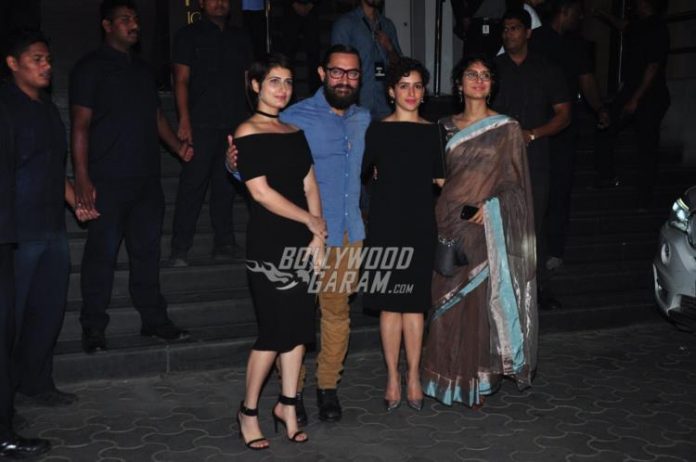 Aamir Khan Productions hosted a grand premiere for Dangal in Mumbai at PVR cinemas on December 21, 2016.

Aamir’s Dangal hit theatres worldwide on December 23 respectively, and the initial box office reports have hinted that the movie is going to perform well.

The movie also stars Sakshi Tanwar, who will be seen playing the role of wrestler Mahavir Singh Phogat’s wife.