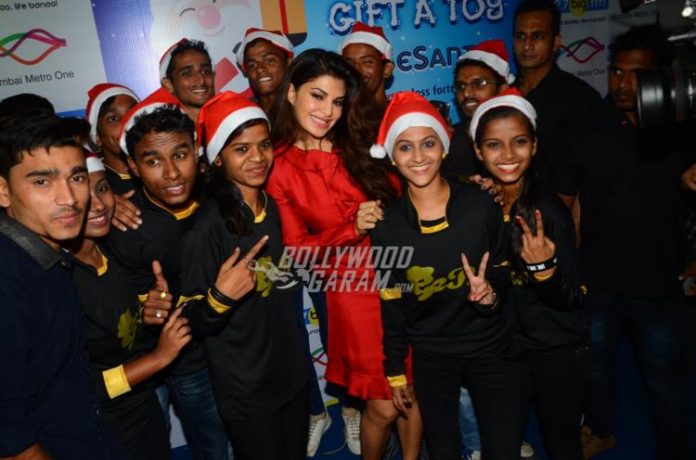 Bollywood actress Jacqueline Fernandez, celebrated Christmas with underprivileged children at an event hosted by Big FM in Mumbai on December 22, 2016. The actress was seen dancing and also posed with the children at the event.

The ‘Dishoom’ actress looked pretty in a red outfit. Jacqueline had a busy 2016 with three movie releases and also judged the show ‘Jhalak Dikhhla Jaa’.

The actress is at present working on an upcoming project which is yet to get a title and also stars Sidharth Malhotra.