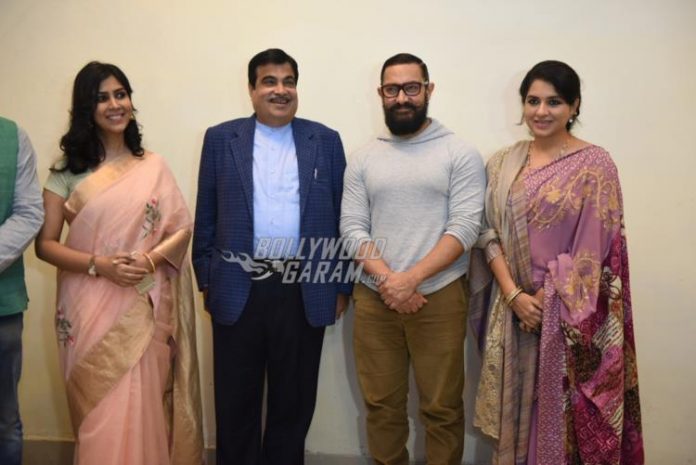 Bollywood stars Aamir Khan and Sakshi Tanwar held a special screening of their movie ‘Dangal’ for the Union Minister for Road Transport and Highways and Shipping Nitin Gadkari and BJP leader Shaina NC in Delhi on December 27, 2016. Aamir’s ‘Dangal’ is directed by Nitesh Tiwari and has hit the theatres on December 23, 2016.

The story of the movie is about Mahavir Phogat, an Indian wrestler who trains his daughters in the sport.