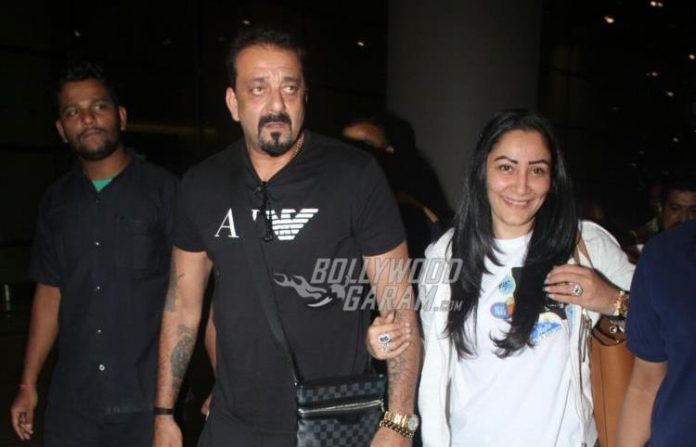 Bollywood actor Sanjay Dutt is now out from the jail and a lot is being spoken about when he will begin shooting for his come-back movie. For all the Dutt fans, the ‘Munna Bhai’ star is all set to begin shoot for Omung Kumar’s directorial ‘Bhoomi’.
This will be after a long gap the actor will be facing the camera. Dutt is all set to begin the shoot on January 29, 2017 as he considers 29 as his lucky number. The upcoming movie by Omung is about a father and daughter relationship. Sanjay will be seen playing father to Sayyesha Saigal, who made her debut opposite Ajay Devgn in the movie ‘Shivaay’.
The actor is reportedly working hard on his physique for the role. Reports say that the actor had learned new ways of maintaining fitness during his tenure at the Yerwada jail. The first schedule of the movie will be shot in Agra. The actor was last seen in the movie ‘Policegiri’ released in 2013. Sanjay was also seen in a cameo role in the movie ‘PK’ with actor Aamir Khan.
Apart from ‘Bhoomi’ Sanjay will also be seen in the movie ‘Marco Bhau’ which will be a directorial debut of Vidhu Vinod Chopra’s sister Shelly. Sanjay Dutt has more in store as Ranbir Kapoor will be stepping in to the shoes of the ‘Munna Bhai’ actor for a biopic directed by Rajkumar Hirani.