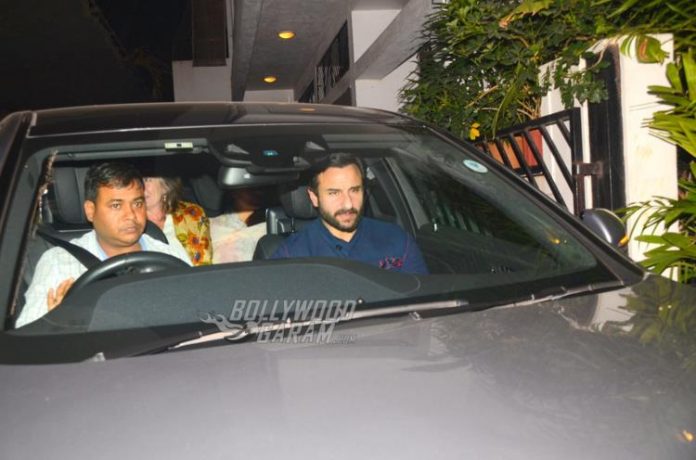 Actress Kareena Kapoor gave birth to baby boy Taimur Ali Khan Patudi on December 20, 2016. However, that has not stopped the diva from stepping out and making public appearances. The actress was snapped with husband Saif Ali Khan in their car as they came out of Shashi Kapoor’s residence in Mumbai on January 2, 2017.

The couple has been spotted spending some quality together last week on Dinner and Lunch dates – See all the pictures here.

Kareena Kapoor has been a trend setter in terms of expecting actresses in Bollywood. While most of them prefer to stay away from the limelight, Kareena Kapoor remained active till the last stages of her pregnancy and has chosen to take a small break post her delivery.

The actress is soon expected to resume shooting in April for her upcoming movie Veere Di Wedding which is set to release  in the later half of 2017. Directed by Shashank Ghosh and starring Sonam Kapoor, Swara Bhaskar alongside Kareena, the movie was originally slated for release in early 2017.

We finally managed to get a snap of glowing Kareena Kapoor in the backseat of her car while husband Saif Ali Khan hid his face from the papparazzi.

Stay tuned for more updates on the Saifeena only on Bollywood Garam!