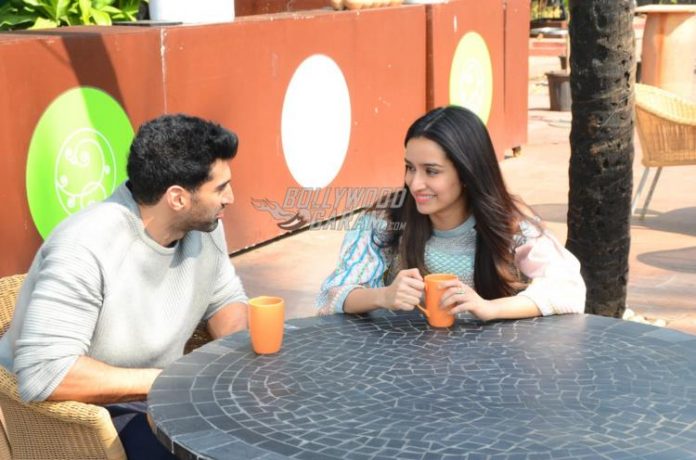 Actors Shraddha Kapoor and Aditya Roy Kapur are doing their best with ‘OK Jaanu’ promotions. The two promoted their upcoming movie over a coffee date and also interacted with the audience and media.

Shraddha and Aditya will be seen playing the role of a passionate couple who are in a live-in relationship. The movie is the official remake of the Tamil movie ‘OK Kanmani’ by Mani Ratnam which featured Salmaan and Nithya Menon.

‘OK Jaanu’ is directed by Shaad Ali of ‘Saathiya’ fame and is produced by Karan Johar. Academy award winner A.R. Rehman has composed the music of the film.