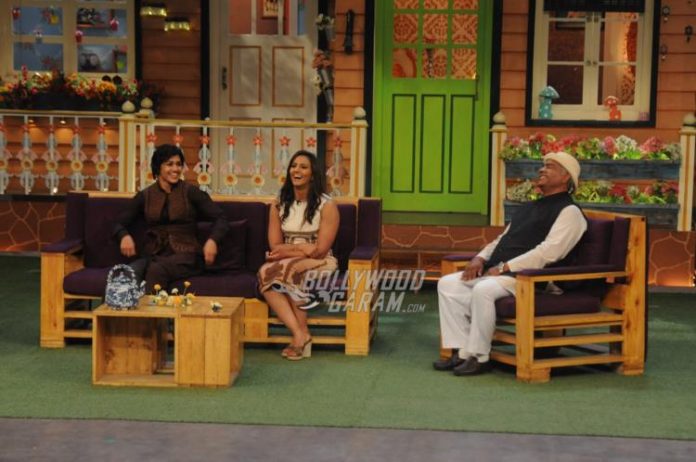 Bollywood movie ‘Dangal’ has proved to be a major success at the box office and also among the critics. The real life heroes of the movie, Geeta, Babita and their father Mahavir Phogat were on the sets of The Kapil Sharma Show in Mumbai on January 5, 2017.

The biopic of the movie saw the wrester father, keeping his daughters away from street food. But the show made sure that the entire family enjoyed paani poori together. The movie ‘Dangal’ is co-produced by Aamir, who has also played the lead role of Mahavir Phogat.

‘Dangal’ hit the theatres on December 23, 2016 and since then it has been running successful all over.