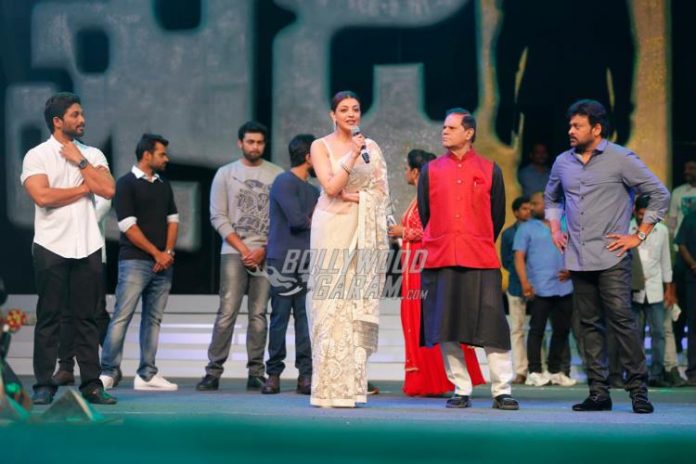 South superstar Chiranjeevi along with co-star Kajal Agarwal hosted the Pre-release function of the Telugu movie ‘Khaidi 150’ held at Guntur on January 7, 2017. The pre-release event was earlier supposed to be held at Vijaywada on January 4, 2017 but was rescheduled to January 7, 2017 due to some logistical reasons.

The movie ‘Khaidi No. 150’ is the remake of the Tamil blockbuster ‘Kaththi’ which was directed by A.R.Murugadoss. The Telugu version is directed by V.V. Vinayak and Chiranjeevi will be seen playing the lead role.

Kajal in the pre-release event looked beautiful in an off-white sari.