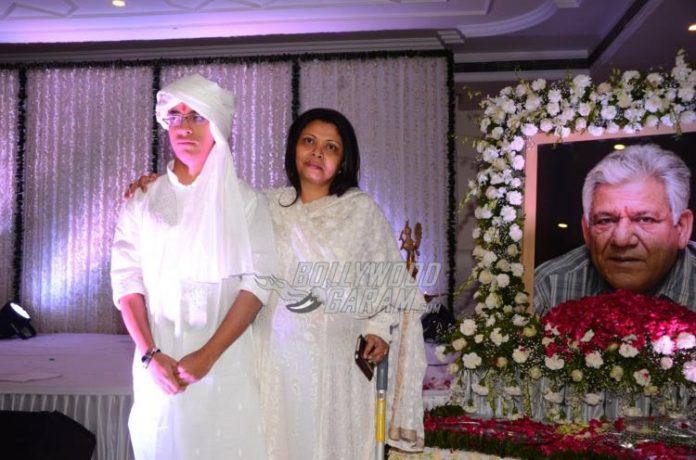 Veteran actor Om Puri’s sudden demise has shocked the entire film industry. His former wives Seema Kapoor and Nandita Puri held two separate and simultaneous prayer meets in Mumbai on January 9, 2017. The two prayer meets left the industry divided between choosing to attend one gathering over the other.

Veteran Actor Om Puri was found dead at his apartment in Lokhandwala, Mumbai after he suffered a massive heart attack and eventually passed away in his sleep on January 6, 2017.

His body was found after building security guards and his personal dirver broke into his house after his door bell went unanswered that morning.

At the time of his death, Om Puri was working on a Marathi movie, 15 August Bhagile 26 January.

We are deeply saddened by the actor’s demise and hope that he lives on in memory through the beautiful work he did throughout his acting career.