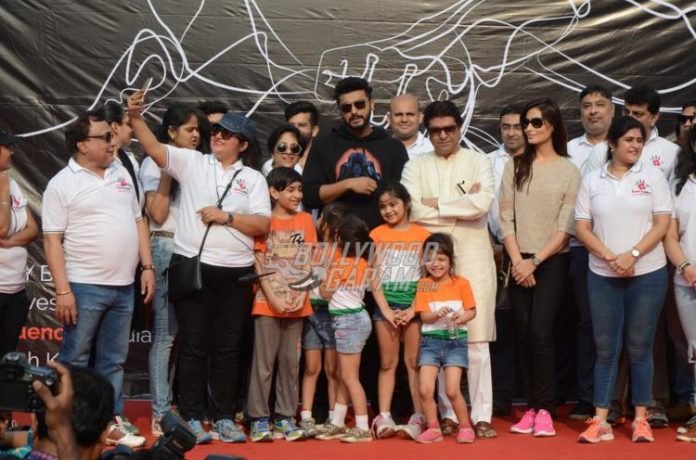 The Actor and Politician Participated with Kids and Interacted with Media at the Be Happy, Spreading Smiles Event

Indian actor Arjun Kapoor along with politician Raj Thackeray attended a social event in Mumbai on January 14, 2017. The ‘Ki and Ka’ actor looked cool in a hooded t-shirt while Raj Thackeray was seen in casual Indian attire.

Arjun at the event talked about positivity and motivated people to maintain a good health. The actor even interacted with the children and expressed that he was happy to be a part of the event, making it a perfect Sunday.

Be Happy is an NGO that is involved in