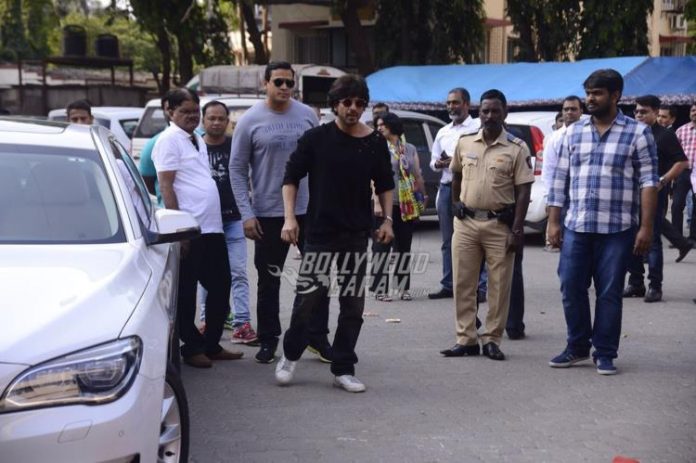 Bollywood star Shahrukh Khan is busy promoting his upcoming movie ‘Raees’. The actor was at Mehboob studios in Mumbai for promotions on January 17, 2017.

Shahrukh appeared in a black attire and completed his look with black glares and white sneakers. The actor was last seen in the movie ‘Fan’ which disappointed the audience and also failed at the box office.

All eyes are on his upcoming action thriller movie that is based on the life of a criminal. The movie is directed by Rahul Dholakia and is all set to hit the silver screens on January 25, 2017.