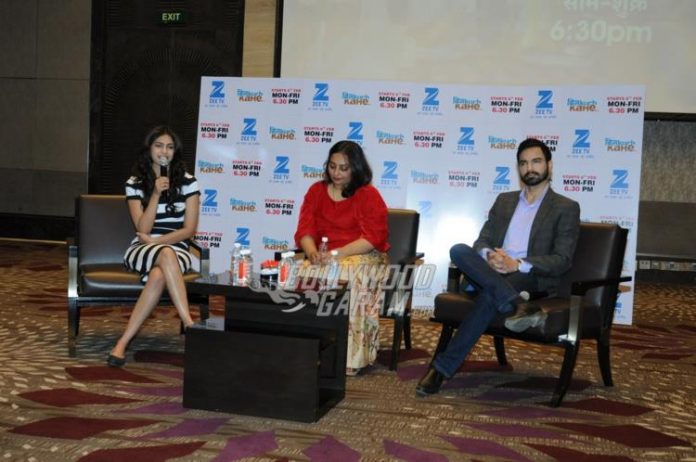 TV actors Sameer Arora and Shamata Anchan along with Archana Mittal announced the launch of their new show ‘Bin Kuch Kahe’ at a press event in Mumbai on January 18, 2017. The new show on Zee TV is produced by Sharad Raj, Rajshree Ojha and Ram Kamal.

The story of the series is about three sisters and their journey in a crazy family. This is the second new show for Zee TV in 2017 after ‘Woh Apna Sa’.