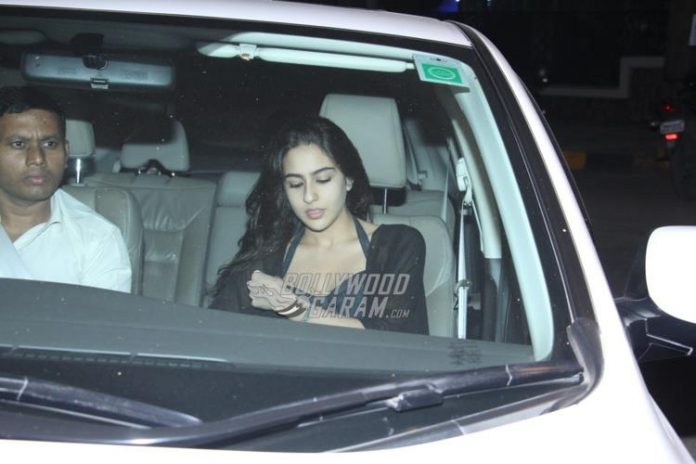 Sara, who is now grown up in to a beautiful lady managed to turn heads as she looked gorgeous in a black outfit. Saif Ali Khan’s daughter might soon enter showbiz and is like to make her debut in Bollywood opposite Hrithik Roshan in Karan Malhotra’s upcoming project. Others who were also seen visiting Kareena included Soha Ali Khan with husband Kunal Khemu and Harshwardhan Kapoor.

Kareena gave birth to a baby boy Taimur Ali Khan on December 20, 2016. The actress was constantly in news since she announced her pregnancy. Kapoor made sure that she remained active and made frequent public appearances in the best possible outfits unlike other actresses who refrain from the limelight during pregnancy.

Soon after birth of Taimur, photographs of Kareena and her newly born child went viral on the internet. However, Saif Ali Khan and Kareena Kapoor once again proved to be different from other Bollywood parents, who prefer to keep their children away from the limelight and constantly protected them from the paparazzi.