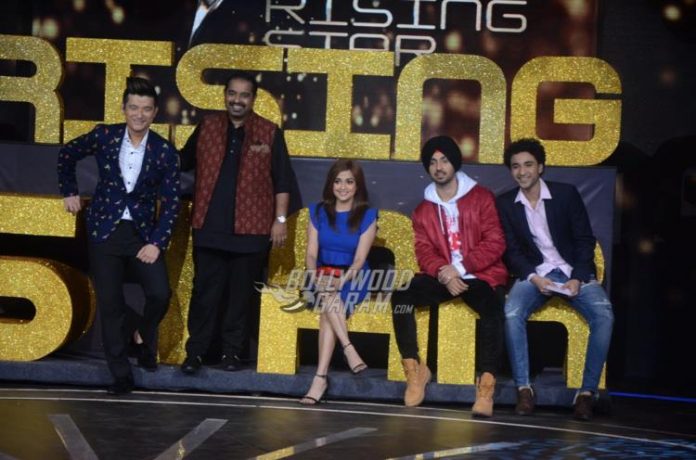 Bollywood singers Diljit Dosanjh, Monali Thakur, Meiyang Chang, Shankar Mahadevan and choreographer Raghav Juyal launched a new singing reality show ‘Rising Star’ for Colors TV at an event in Mumbai on January 24, 2017. This will be the first singing reality show on Colors TV channel, which is all set to go on air from February 4, 2017 and will be aired every Saturday and Sunday at 9 pm. The show will replace the ongoing season of Bigg Boss hosted by Salman Khan.

The new show on Colors TV is produced by Optimystic Entertainment and the channel has acquired the format rights for the reality show from Rising Star from Keshet International. Raj Nayak, the Viacom 18 Hindi mass entertainment CEO said, “Earlier, we had broadcast Sahara’s singing show ‘Sur Kshetra’, but we never produced a singing reality show as we wanted to do the show that is different. We didn’t want to do what everyone is doing.” Nayak added that it took a year to finalise all the details and create ‘Rising Star’ and that they were excited as no one had ever done such a format before.

The things that differentiate it from other reality shows, is that it will be a live show, which means there will be no room for mistakes. The new show will face competition from the existing shows on TV like ‘Dil Hai Hindustani’ on Star Plus, ‘Indian Idol 9’ and ‘The Voice’ on &TV. Nayak while talking about the show added that the rules of the show are handed over to the audience and that there is no scope to fabricate, create or produce anything and everything is 100% live.

From the performances of the contestants, to the judging and hosting will be all live. Anyone within the age from 6 to 60 years can participate on the show.