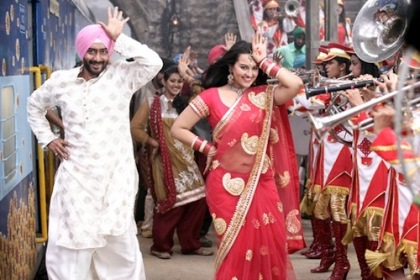 Actor turned producer Ajay Devgn has sent a legal notice to Yash Raj Films (YRF) via his production house Ajay Devgn Films (ADF). The notice states that Yash Raj Films is using its dominant position in the Indian Film Industry to influence the screening of their films.

Reports said that the notice was filed on October 18, 2012, which was just days before Yash Chopra passed away, however it only reached Yash Chopra’s son Aditya on October 31, 2012. According to reports, ADF was forced to serve a legal notice due to the monopolistic practices of YRF. Before the release of ‘Ek Tha Tiger’, YRF had reportedly used their dominant position in market to enter into an agreement with exhibitors, who agreed to give their movie prominence over other movies this Diwali. This did not sit well with Ajay Devgn.