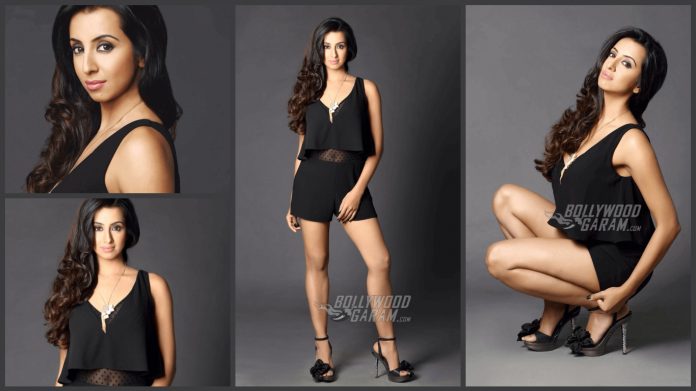 Check out all the pictures from Tollywood actress Sanjjana Galrani’s latest photoshoot!

Sanjjana Galrani recently did a photoshoot, on January 30, and we know exactly what went down there!

The actress made her film debut in the Tamil film Oru Kadhal Seiveer (2006) and soon became noted after her controversial role in the Kannada film Ganda Hendathi (2006). Her supporting role in the 2008 Telugu film Bujjigadu directed by Puri Jagannadh brought her to limelight in the Telugu industry.

The actress will be on screens in 2018 in the movie Maha Buddivantha which is a Kannada drama movie, directed by Ramnath. The cast of Maha Buddivantha includes Ravishanker Gowda,Sanjjanaa Galrani. The movie will release on November 2018.

She will also be seen in Rich N Famous which is a Malayalam romantic thriller film directed by Anoop Nair, starring Maqbool Salmaan and Sanjjanaa in the lead roles which also will release on November 7, 2018 and more couple of Tollywood movies in December.

Stay tuned for latest updates from the film industry exclusively on Bollywood Garam!