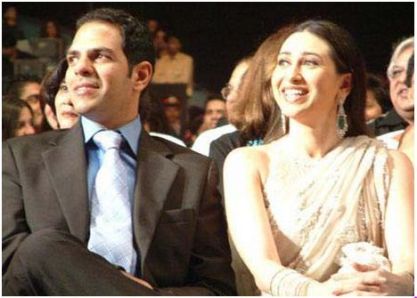 After months of media speculation, reports have claimed that Bollywood actress Karisma Kapoor and her estranged husband Sanjay Kapur have finally decided to legally call it quits on their marriage. At present, they are reportedly in talks regarding the custody of their children.

The couple has not spoken about the matter officially, but a close friend to them has revealed that they are finally planning to go public and are discussing as to how best to proceed with the legal separation.

Friends have also revealed that both parties are trying to get mutual custody of their two children. As the children are too young to decide for themselves, talks are in progress to bring the issue to a close, as Karisma and Sanjay belong to different cities. After they come to a conclusion, the couple would file for a divorce.

Karisma, who is affectionately called ‘Lolo’ has featured in past Bollywood movies such as ‘Fiza’, ‘Zubeidaa’, ‘Jeet’, ‘Raja Hindustani’, ‘Dil To Pagal Hai’ and many more.

The former Bollywood actress and Delhi-based industrialist started having marital problems in the year 2003 and the two separated in 2005 after the birth of their daughter Samaira. After that however, they patched up and even had their son Kiaan Raj in 2010. But their marriage has been on the rocks ever since. In the past two years, the two have not been staying together and there have been rumors doing the rounds that Sanjay and Delhi-based entrepreneur’s Priya Chatwal have been seeing each other.