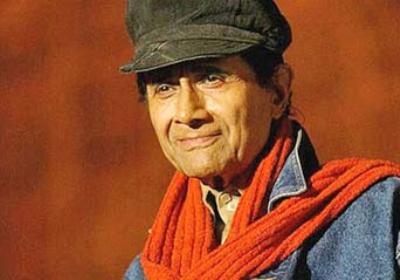 Late Bollywood actor Dev Anand’s statue will soon be unveiled at the Bandra Bandstand Promenade in Mumbai, on the actor’s first death anniversary on December 3, 2012. The statue is supposed to be unveiled as a part of UTV Stars’ property Walk of the Stars in Mumbai.

Dev Anand’s statue will be joined by the statues of Raj Kapoor and Shammi Kapoor as well. The actor is remembered as Bollywood’s evergreen hero who died of cardiac arrest in 2011 in London at the age of 88. The life-size statue of the actor will be cast in brass and will be unveiled by former actress Wahida Rehman, who had made her debut opposite Dev Anand in the movie ‘C.I.D’.