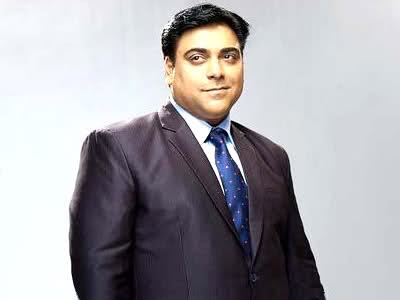 TV actor Ram Kapoor is known these days for his role in the TV series ‘Bade Ache Lagte Hain’ (BALH), but the actor might quit the show soon. According to reports, Kapoor has signed a movie and his schedule might not allow him to continue with the TV show.

It has been roughly one-and-a-half year that the actor has been playing the lead role of ‘Bade Ache…’ TV actors usually work for at least 16 to 18 hours a day, due to which they do not have time to work for other commitments.

However, Ram Kapoor is one such actor who has been managing films and TV series for years. Now it seems as though the actor is not able to handle the pressure anymore. Sources from the production unit revealed that Ram has spoken to Balaji production house and also to Sony.

The actor has reportedly told Ekta Kapoor that he wants to quit the show as he has received some good film offers. Kapoor also said that he is finding it difficult to find time for movies as well as the shoot of BALH. The issue of Ram Kapoor leaving the show was raised in the month of September, 2012.