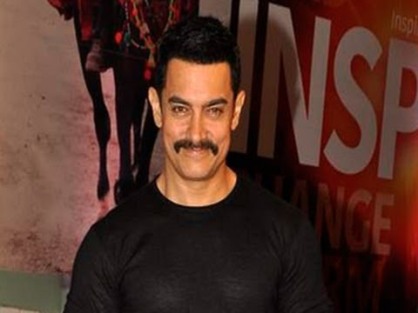 Bollywood superstar Aamir Khan, who is known for working in the best films said that he wants to adapt the epic Mahabharata on screen. However, the actor is scared that the project might take about 20 years of his life.

Aamir explained that the subject is so detailed that it might take plenty of time and research. The 47-year-old actor also expressed that he wishes to play the character of Lord Krishna in the movie. Aamir said in an interview, “I want to make the Mahabharata. It’s my dream and a nightmare too. It will take 20 years of my life to work on such a subject. I am apprehensive about it because people complain that I take three years to make a film”.

Aamir added that he earlier wanted to play the role of Karna as he is his favorite, but he felt that he did not fit into the character as he was a six-foot and five inches tall warrior. Instead he said that he would be best suited for the character of Lord Krishna.

The ‘Taare Zameen Par’ actor also shared that his mother used to call him Krishna when he was a kid, as he was always surrounded by girls.