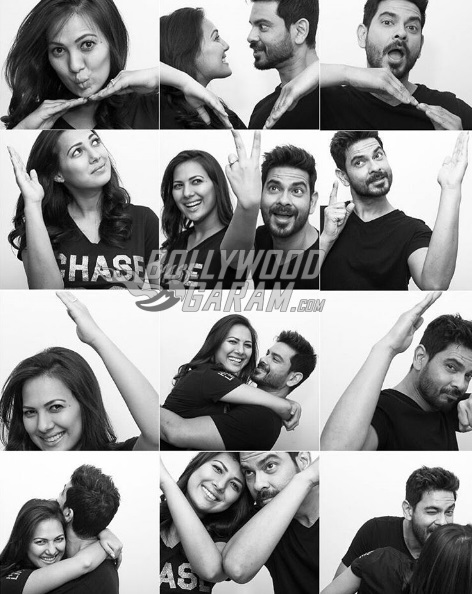 Keith Sequeira and Rochelle Rao in no hurry to get married

Actors and former Bigg Boss contestants Keith Sequeira and Rochelle Rao got engaged on Valentine’s Day. Keith shared a picture of the two on Instagram, which was a collage of their pictures together. One of the pictures shows Rochelle flaunting her engagement ring.
The picture was captioned, “She said YES! . . .”

The couple, in an interview said that they are in no hurry to get married. The statement from the couple said, “We are happy where we are. We want to enjoy this phase. So, marriage can wait. We have too much work right now that I don’t see marriage happening this year. There’s still some time.”
Rochelle and Keith’s relationship shot to fame when they appeared together on the show ‘Bigg Boss’ season 9. Keith, during the interview revealed that they started dating just a few months before they entered the house of Bigg Boss and by the end of the show they realized that this is what they wanted for the future.
Earlier in the day, the two had shot for a special Valentine’s Day special sequence. Keith and revealed that he had planned a very romantic way to propose somewhere on the beaches of the Andaman islands or on some hills, but work commitments came in the way. The actor also revealed that before he proposed to Rochelle, they had a huge fight over going out of station. Rochelle had then apologized to Keith for ruining their plans after which he felt bad and decided that it was the right time to propose to her.

On the work front, Rochelle was last seen on ‘The Kapil Sharma Show’ and Keith has starred in some of the TV series like ‘Diya Aur Bati Hum’ and ‘Doli Armano Ki’. Keith was earlier married to Samyukta Singh.
Photo Credits: Instagram