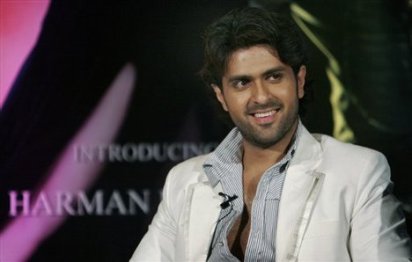 Bollywood actress Bipasha Basu celebrated her 34th birthday on January 7, 2013. This year the actress celebrated her day in Goa along with friends and family. This party also had a special guest Harman Baveja, who dropped down specially to wish the actress.

Baveja was earlier in a serious relationship with Priyanka Chopra, who is another prominent actress in Bollywood. One entertainment website claimed that the actor gifted a beautiful bracelet to the ‘Raaz’ actress as well. Reports also said that the ‘Whats Your Raashee’ actor flew to North Goa on a chartered plane just to join Bipasha at her private villa. Rumours are also doing the rounds that the couple are now slowly getting to know each other since Christmas 2012 and might even turn into a hot item in Bollywood some day.