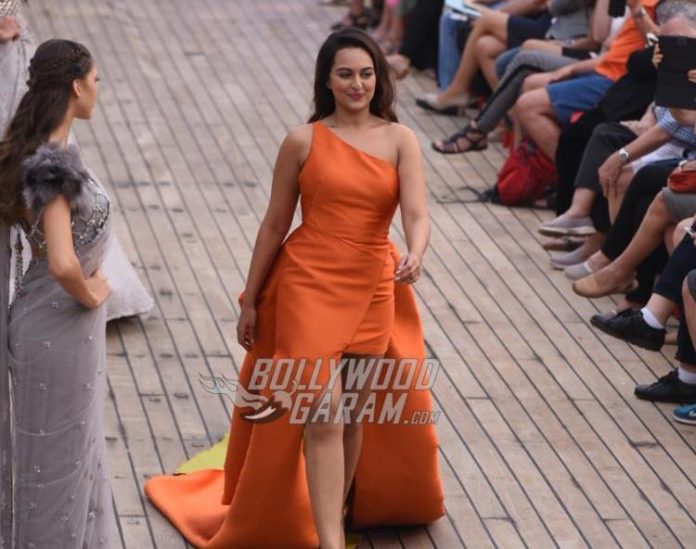 After reports of Akshay Kumar and Twinkle Khanna rejecting the offer to judge ‘Nach Baliye 8’, reports say that actress Sonakshi Sinha has been roped in for the judges’ panel of the show. The actress, who has just began work on remake of the movie ‘Ittefaq’, is expected to judge the show.
Sonakshi has been a judge of Indian Idol Junior in 2015. Reports say that the actress is keen on taking up the responsibility and will soon sign the contract. Sources from the production unit have said that she has been informed that she will have to shoot for 26 episodes from March and will be balancing her role with the promotions of upcoming movie ‘Noor’ and the shoot of ‘Ittefaq’.
‘Ittefaq’ is a murder mystery of the 60s and the remake went on floors in Mumbai on February 20, 2017. Bollywood star Shah Rukh Khan is the co-producer of the movie and had dropped on the sets to wish the team good luck.
Sonakshi will be seen playing the role of Nanda, as a mystery woman, who is accused of murdering her husband. The movie also stars Sidharth Malhotra, who will be seen playing the role of a painter and is out to prove that he is innocent of his wife’s murder.
Photo Credits: Viral Bhayani