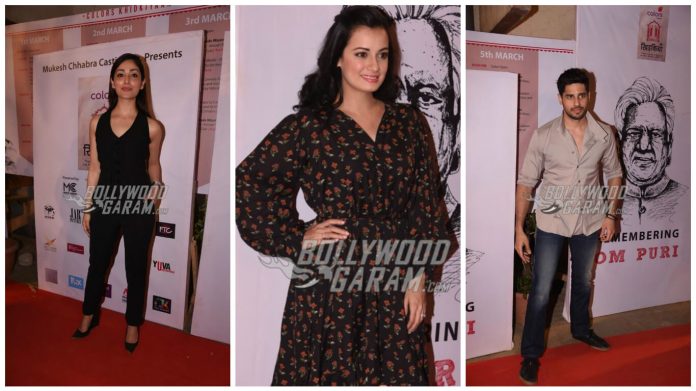 Khidkiyan Theatre Festival presented by Mukesh Chhabra Casting Company kicked off in Mumbai on March 1, 2017. The first day of the festival was a star studded affair as several Bollywood celebrities attended and paid homage to Late Om Puri.

Check out the entire gallery below –

This is the second year of The Khidkiyaan Theatre Festival which gives theater enthusiasts and lovers an opportunity to peep in to the ‘Khidkiyaan’ (windows) of the several moods of the stage. It’s a celebration of the art of theater and will go on until March 5, 2017.

The best part of the festival is that walk in attendees are most welcome to attend all the plays being enacted as a part of the five day long festival (on the festival grounds only). So if you’re a theater enthusiast, this is the perfect opportunity for you!

To experience other plays which are a part of the Khidkiyaan Theatre Festival, you will need to book seats in advance.

As compared to it’s inception in 2016, when the festival showcased 5 plays, the second edition is bigger and grander with more than 20 plays, movie screenings and performances!

Stay tuned for latest updates from Khidkiyaan Theatre Festival 2017 only on Bollywood Garam.