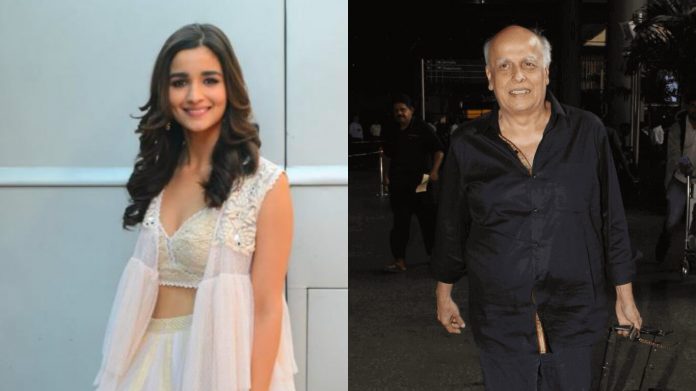 Filmmaker Mahesh Bhatt has received an anonymous call that threatened to kill him, his daughter Alia Bhatt and his wife Soni Razdan!

Bollywood Producer – Director Mahesh Bhatt has revealed that he received an extortion call from an anonymous person threatening to kill his daughter Alia Bhatt, his wife Soni Razdan and him if their demands were not met.

A complaint has been lodged with Juhu Police Station, Mumbai. After continuous efforts of Anti Extortion Cell of Mumbai Police, the culprit has been captured and detained, with help from Uttar Pradesh police’s Special Task Force.

In another instance Mahesh Bhatt was threatened with violent action last year by the film wing of Raj Thackeray led MNS if he continued to work with Pakistani actresses. Head of MNS Chitrapat Sena, Amey Khopkar said that if him and Karan Johar did not succeed to their demand of banning Pakistani artists from India, in wake of the Uri attacks, they would beat them up on the streets!

This is not the first instance of prominent personalities receiving death threats. Recently Ex Indian Cricket Team Captain Saurav Ganguly received an anonymous threat letter which warned him against attended a event at Vidyasagar University in Mednipur, West Bengal.