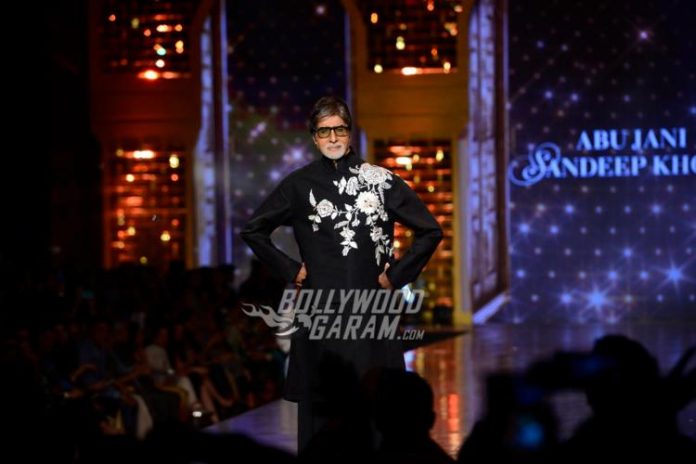 Superstar Amitabh Bachchan has set an example with his recent announcement to leave equal amounts of share of his wealth to his son Abhishek Bachchan and daughter Shweta Bachchan Nanda.

The 74 year old actor shared his plans on twitter as a part of a gender equality campaign, hoping that others will follow his lead and end discrimination against their daughters and sisters. We applaud of Mr. Bachchan’s decision and hope that other celebrities follow his footsteps to send out similar positive social messages to their fans and followers.

Mr. Bachchan posted a picture on his twitter account in which he can be seen holding a placard that reads, “When I die, the assets I shall leave behind shall be shared equally between my daughter and my son.” #WeAreEqual and #GenderEquality. Mr. Bachchan has always hoped to inspire millions of his followers in doing things that most of will take for granted.

The actor had recently addressed an open letter to his grand daughters Navya Naveli and Aaradhya, telling them to live life on their own terms.

On the work front, the actor has always spoken about how fortunate he considers himself to still be working at the age of 70 plus and recently received his fourth National Award –  Best Actor for his performace in Piku.