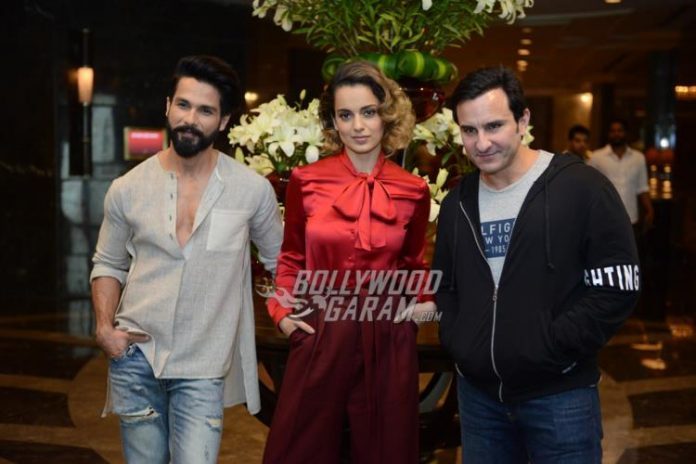 The promising movie that stars three of Bollywood’s acting powerhouses – Saif Ali Khan, Shahid Kapoor and Kangana Ranaut opened in theatres last Friday, February 24, 2017. Since this past weekend and the ongoing week, the film has been unable to recover its production costs that were to the tune of Rs. 30 crores.

Though the film was received well by critics of the industry, along with relatively good initial reviews, the viewership has been gradually decreasing as the days go on. In fact, some theatregoers have commented that lead actress of the film, Kangana Ranaut’s performance verges on ‘overacting’.

However, there is a certain section of the public that has said that in fact, Rangoon is a ‘cinematic gem’ and have praised the movie. But when you look at the overall figures for the film, it actually reflects poorly. So dismal are the numbers, that the film has failed to make collections of even half of production costs.

Vishal Bharadwaj is known for his cinematic prowess par excellence, and it comes across as really disappointing that a film with such a strong script, great ensemble cast and talented production team have been unable to please the audience. Reports say that Bharadwaj spent a good Rs. 85 crores towards Rangoon, and this is proving to be a relative loss for him. Maybe they can try recovering their losses by taking the movie to foreign film festivals, where audiences may understand a more intellectual subject that tells the tale from the pre-Independence era. From what we know of mass Indian audiences, they appreciate masaledaar movies with romantic twists that include item songs and plenty of revelry to become a hit.