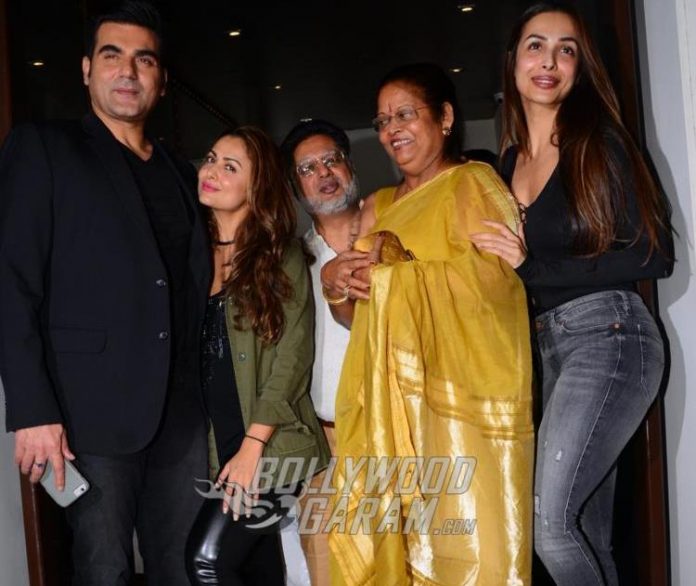 Arbaaz Khan maintains cordial relationships with Malaika Arora and her family, despite their personal differences

Bollywood’s former power couple Malaika Arora and Arbaaz Khan may have chosen to part ways but seems like they will continue to enjoy a cordial relationship.

The actor turned producer joined the birthday celebrations of Malaika’s mother, Joyce Arora in Mumbai on March 02, 2017. The entire Arora family was joined by Arbaaz on a dinner date.

The family posed for the shutterbugs and was all smiles as they came out of the restaurant. Malaika looked great in a black deep neck, full sleeved t-shirt and grey denims, while sister Amrita was seen in skinny leather pants, black top and a green jacket.

As the family came outside the restaurant, Arbaaz was seen embracing Malaika’s mother after which they drove away in their respective cars.

Arbaaz in an earlier interview said, “My association with her family has been that of over 21 years, which is almost like a lifetime. I have a growing up child, so there’s a lot of parenting responsibilities and duties we have to do and it can only happen if the atmosphere between the two of us is very conducive and normal. We both are extremely mature and can handle this.”