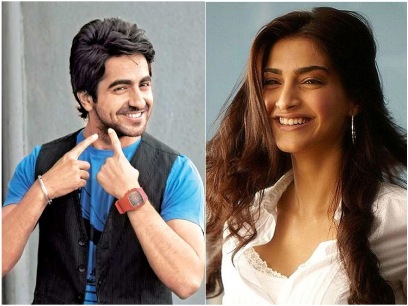 Bollywood actor and comedian Ayushman Khurana, who made his debut with the movie ‘Vicky Donor’ is now all set with his next movie. Khurana will be seen next in a Yash Raj Films project which will go on floors in the month of February 2013.

Once again the upcoming movie will be shot in Delhi. The actor said, “I am doing a film with Yash Raj this year. We will start shooting for the film from Feb 17”. Khurana revealed that he will be seen with actress Sonam Kapoor in the yet another romantic comedy movie.

While talking about the concept Ayushman said that it was about love between two people during the time of recession. The movie is expected to be released by the end of 2013. Khurana went on to reveal more about the flick and said that it is a realistic script which was written by Habib Faisal. The movie will be directed by Nupur Asthana.

The actor also said that he was not sure when the movie would be released. Khurana’s earlier movie was about sperm donation in which he stared with Yami Gautam and Annu Kapoor. Apart from acting, Khurana is also a singer and has sung the song ‘Paani Da Rang’ in the movie ‘Vicky Donor’.