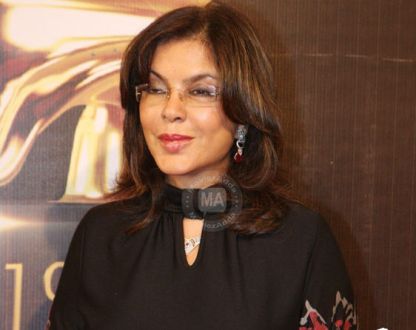 Recently Bollywood was buzzing with reports that veteran actress Zeenat Aman was all set to tie the knot with a 36-year-old businessman. The actress has confirmed the relationship, but denied that she had plans of getting married secretly.

More reports said that the ‘Qurbani’ actress’ marriage happened at a 5 star hotel in Delhi six months ago. However, Zeenat claimed, “All the rumors about me being already married is baseless. Please respect my privacy.”

The ‘Yadon Ki Baarat’ actress also clarified that she is still living at her Juhu Apartment with her two sons Azaan and Zahaan, who have reportedly given their nod for the decision. The man in question is Sarfaraz Ahmed who is 24 years younger than Zeenat and has a property in Bandra also. Zeenat has confirmed that fact that she was in a relationship with someone, but has not disclosed the name of her special man. In the 1970’s Aman was a glam icon for India and was once in a tumultuous relationship with Sanjay Khan, which resulted in a bitter divorce.